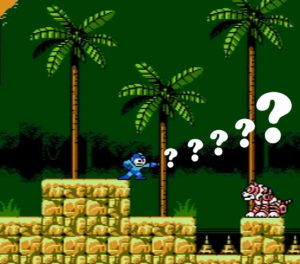 Those who frequent Mega Man fan circles are likely familiar with laments over the state of the series which was seemingly abandoned by Capcom. Not to be underestimated in their ability to crank out sequels, Capcom have recently announced tentative plans for the release of Mega Man 11 in “late” 2018. Curious to see what the Blue Bomber’s new adventure would entail, I decided to go straight to the horse’s mouth and watch the announcement trailer (Which can be viewed via the link at the end of this post) and was startled by what I saw. Mega Man 11 looks and sounds like a fusion of Mega Man 8 and Mighty No. 9, sans the horrific voice acting. Honestly, I was expecting something more like the ninth and tenth installments to the series, but the new look Mega Man sports is quite in step with Capcom’s a recent moves, seeing as how the Monster Hunter World beta is a graphical tour de force. Before we go on, I am also going to fully acknowledge the fact that my predictions could be completely wrong.

The trailer may answer a lot of questions about how the upcoming title may look, but it gives little away in terms of gameplay. Mega Man’s tried and true “Jump and Shoot” gameplay mechanics are alive and well, which is mostly what is demonstrated by the trailer. Several of the series’ conventions are also present in this game including special weapons, deadly obstacles, and the occasional mini-boss; in fact one such mini-boss is a Metool, one of the Mega Man’s perennial foes. The trailer even hints that changes have been made to the Mega Buster in the form of a meter that appears over the Blue Bomber’s head while charging it. What this means is anyone’s guess, but hopefully it indicates that some clever new ideas have been added to the series.

Unfortunately, there is a lot the trailer doesn’t tell us. Will MM11 be difficult or will it be more casual? How many Robot Masters are there? What kind of upgrades will Rush and Mega Man get? How open ended is the gameplay? Will Dr. Wily return? Wait, there’s no point in asking that last question. At any rate, Mega Man has a long and checkered past to refer to in search of answers. Generally, the core concept of the series has remained the same for decades. Challenge a set of eight bosses in any order, collect a special weapon upon defeating a boss, then try to figure out which boss is weak against your new weapon. It is almost certain that Capcom will not change this general premise, because Mega Man 11 wouldn’t be a true Mega Man title without it. So, Capcom simply built upon the existing framework, adding new allies, tweaking the difficulty (for better or worse), and maybe changing the Mega Buster here and there… which seems to be what they did according to the trailer. We also know that titles that attempted to veer from the series’ 2D roots, such as Mega Man Legends and Mega Man 8 were often met with lukewarm results or downright hated by many fans. With this in mind Capcom is likely to give us what it has for three decades now: more of the same. With any luck Mega Man 11 will at least follow in the footsteps of some of the series’ more beloved installments.